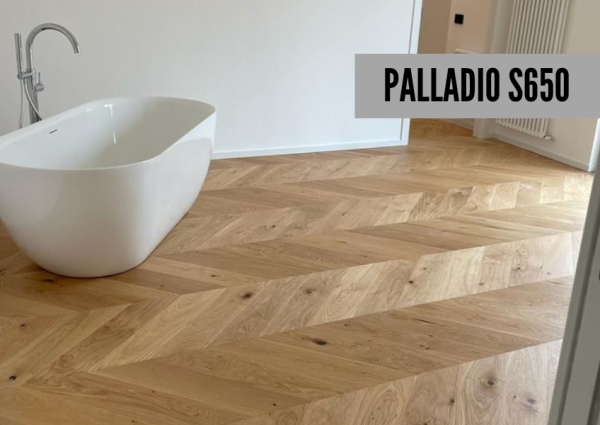 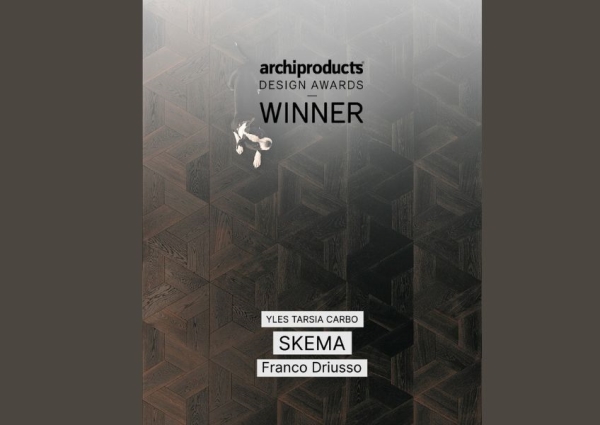 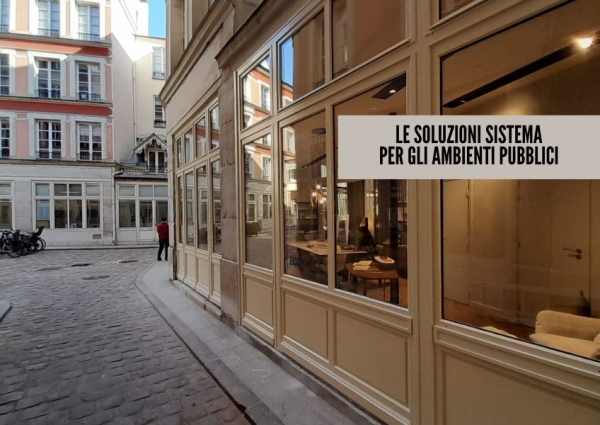 The designed wood floor of the SKEMAidea brand and created by architect Franco Driusso, won the prestigious Archiproducts Design Award 2022 for the Finishes category. 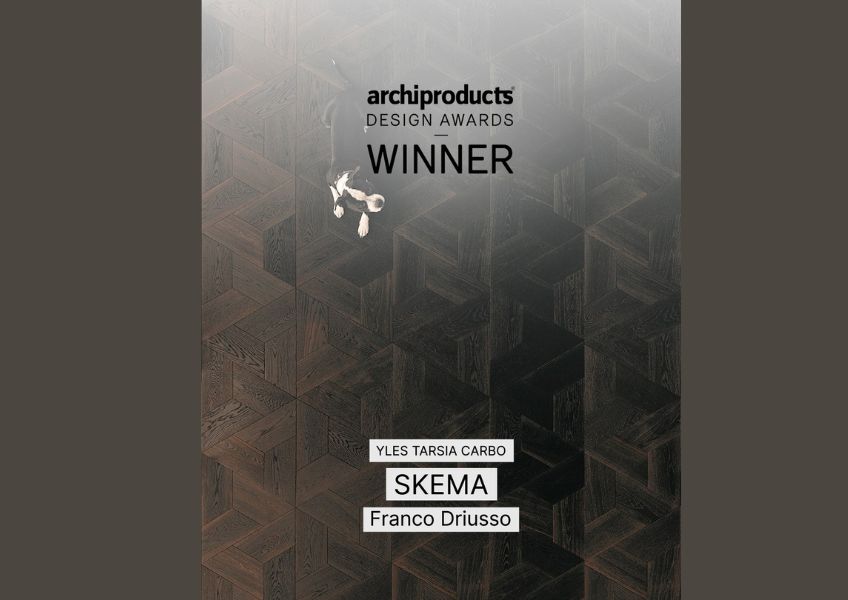 The award ceremony in Milan

During the Archiproducts Design Awards Night, the exclusive event celebrating the nominees, longlisted, jurors, winning brands and designers, which was held on the evening of November 23 in the Visconti Pavilion on Via Tortona in Milan, our Yles Tarsìa floor, in the Carbo finish, designed by Franco Driusso, was awarded among the products considered excellences of international design.

The Archiproducts Design Awards award established by Archiproducts and awarded each year by a jury of 40 of the most important names on the global creative and interior design scene, aims to highlight and reward excellence in international design, with a privileged look at the encounter between designers and manufacturers, creativity and innovation, and the synergies that shape objects.

Yles Tarsìa Carbo, which is among the Winner 2022 brands for the Finishes category, received the award designed by Spanish studio MUT Design and made by De Castelli. 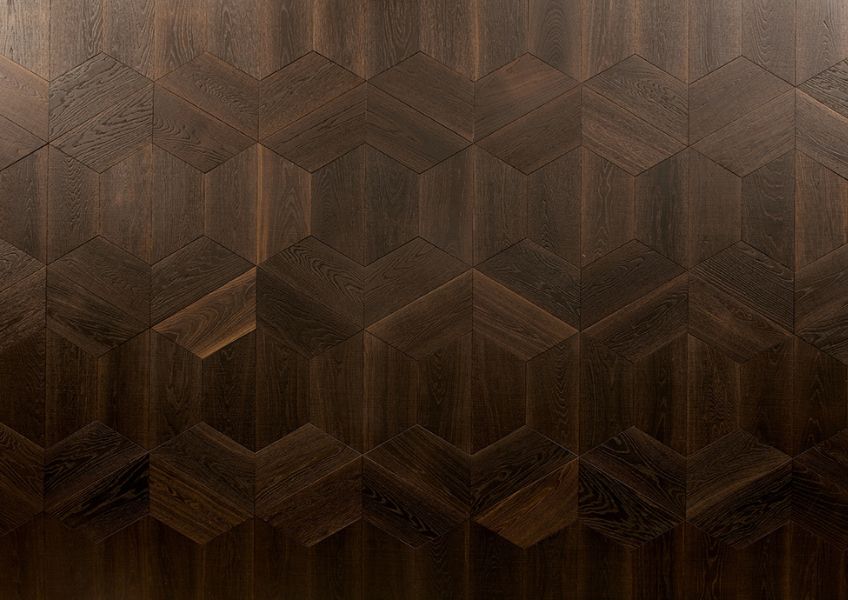 Yles Tarsìa is a true passe-partout to creativity. A three-layer parquet made in Italy, with traced and certified origin, it brings the isosceles trapezoid to become a creative element and the basis for composing new patterns.
Through the simple shape of its module, extremely precise in its numerical ratio, designed to be simply ingenious and get out of the classic patterns, Tarsìa manages to express its full creative potential; thus hexagons, triangles, honeycombs or Hungarian herringbone are composed on the surface.

SKEMAidea's designed parquet, which recalls the ancient art of inlay in its name, takes on iconic traits in the Carbo finish, an oak with a strong character, made dark by the smoked processing that originates in its tannins.
To emphasize the texture, it is brushed and finished with a textured effect and a natural beeswax oil applied to give it vibrancy and contrast. 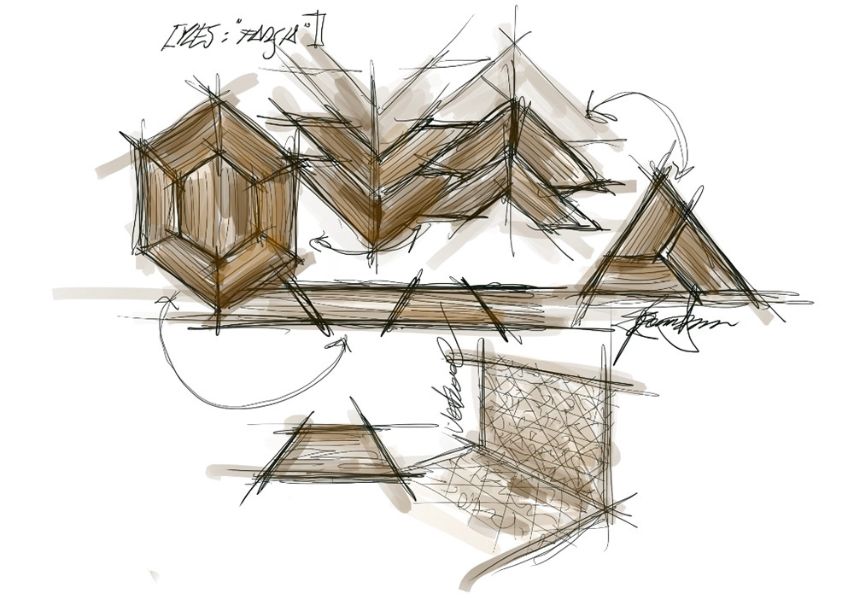 Architect Franco Driusso, the designer who developed Yles Tarsìa Carbo for SKEMA, was also honored on the ADA 2022 evening with an award made by Salvatori and signed by Michael Anastassiades.
Co-founder of DriussoAssociati | Architects, Franco Driusso works internationally in the fields of Brand Design, Architecture, Industrial Design, Retail Design and Interiors. He has many international collaborations with companies and industrial groups for which he coordinates Art Direction, designs products, showrooms and new business locations.
Numerous awards and recognitions received, among the most important: the Good Design Award, Interior Innovation Award, Design Preis Deutschland Award, Regula awards, Honorable Mention at the XXV Compasso d'Oro Adi and the 100 Eccellenze Italiane Award for the Design sector. For SKEMA he designed Skinì, Trametes, Gyros & Mimesis, Talèa, Yles and Lumbertech Modular. 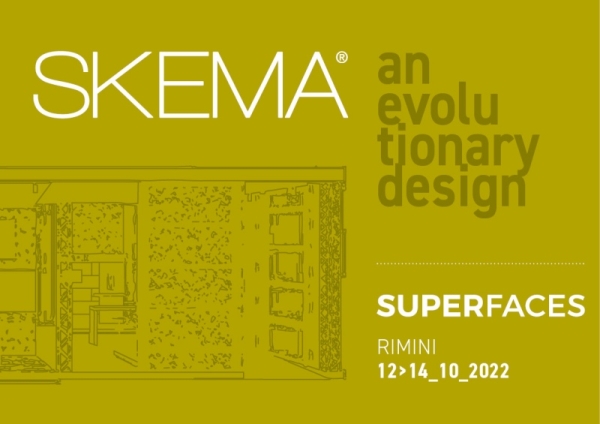 From 12 to 14 October, at the exhibition centre in Rimini, SKEMA is taking part in Superfaces, the marketplace dedicated to surfaces for architecture and interior design, which is being held concurrently with SIA Hospitality Design. Details
8 September 2022 MARTINA DUE PARTNER SKEMATHECA IN ROME The expertise of Martina Due, our partner based in the Parco Commerciale Pandora in the North Rome area, can be seen in the care with which it has decided to set up its new showroom, a SKEMAtheca flagship store. Details
5 August 2022 SKEMA summer office closure 2022 From 8 to 21 August, the SKEMA offices are closed for the summer holidays. Details
13 July 2022 The SKEMA30 sculpture On the occasion of SKEMA's 30th anniversary celebrations, the sculpture SKEMA30 was presented to the public. Details
1 July 2022 SKEMA30 party On 30 June, the SKEMA headquarters in Ponte di Piave welcomed more than 250 guests to celebrate the first 30 years of activity all together. Details
21 June 2022 Skema floors chosen at Salone del Mobile 2022 Pictures of some of the 60 stands that chose SKEMA at the Salone del Mobile.Milano Details
1 June 2022 SKEMA30 the 30th anniversary Skema event On 30 June, Skema officially celebrates its first 30 years with the SKEMA30 event at its headquarters in Ponte di Piave, in the province of Treviso. Details