4 August 2020 In Jesi a Star.K Barry for Corso Piccolo Caffè To complete the furnishing of the new bar in the centre of Jesi a Skema floor from the Sintesy line was chosen: the SPC Star.K - Barry Details
29 July 2020 The new Outside Skema outdoor flooring for 2020 The Skema proposal to cover and furnish outdoors in 2020 is renewed with the introduction of the new PATIO division and the new PACTO collection. Details
23 July 2020 The new Skema 2020 divisions A new organizational structure of Skema's solutions is already the reality that is told above all through the new product lists. Details
15 July 2020 New look with Star.K Barry for the Showroom of Kastel Thanks to the collaboration with the architect Franco Driusso, renewed look for the showroom in Kastel with Star.K Barry, Sintesy line Details

The Skema design studio has never stopped, not even the lock down has blocked the new projects and that's why today we can talk, directly with its creator, about the latest Skema solution: Trametes.
Architect Franco Driusso, Skema's art director, has developed an innovative modular system to improve the acoustic well-being of rooms.

Architect Driusso, what is Trametes?

Trametes is a furnishing solution that works specifically, but not exclusively, on acoustics. It has been designed to modify the distribution of sound in rooms by controlling acoustic reverberation and consequently improving well-being.
The feature that distinguishes it from other market proposals is its great modularity, ease of installation and maintenance. A product attentive to the needs of spaces, especially public spaces, such as hotels and restaurants, where in addition to the soundproofing function, it also fulfils an aesthetic function and responds to new hygiene and safety requirements, thanks to the use of completely removable and washable fabrics that can be antibacterial and antifungal.

where did the inspiration for Trametes come from?

Once again it was nature that inspired us, we translated its characteristics into technology applied to surfaces. Trametes takes its name from a variety of mushrooms that grow especially on trunks and that have the characteristic of covering the surface, through an organic system that is distributed horizontally and vertically, overlapping with its many varieties of colors.

In addition, due to its spongy conformation, the mushroom is a naturally sound-absorbing material, which is why it seemed to us the perfect muse to create a product with the same dynamic and characteristic characteristics. 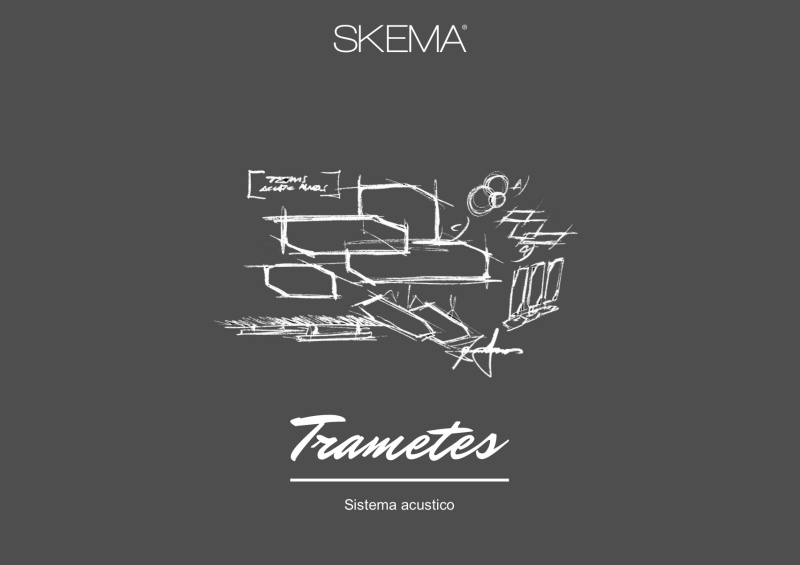 You have mentioned that Trametes is not exclusively a phonocorrective system, what are the peculiar characteristics of Trametes that make it such a versatile product?

The peculiarities of Trametes can be summarized in 7 points, which we can list as follows:

1- The fabrics that make it soft, practical, removable in an instant and customizable, thanks to the wide range of colors.
2- The overlapping, through a surface attachment system, the single elements overlap each other with 3D graphic games and allow an extreme adaptability to the walls.
3- The ease of installation and change of position, which is obtained thanks to the magnetic attack of the panels, therefore easy to assemble and move.
4- The multilayer structure, which allows to interact with more frequencies and correct them. A high intensity polyurethane structure configured to cage the sound, following the Helmholtz resonator principle.
5- The multifunction, acoustic and visual. The brackets of the Trametes structure can be real LED lamps, in the Up/Down applique version, suspended with indirect light diffusion on the ceiling, or free-standing.
6-Interchangeability of fabrics that allows a very fast refitting, so much so that if you want you can change it also daily, like a dress.
A very useful aspect, especially in public environments such as hotels or restaurants where the change of image at lower cost allows to follow, for example, the seasonality without affecting the soundproofing function.
7- The many modular declinations: Trametes, while always maintaining the soundproofing characteristics, declines its decorative and lighting functions in the wall and ceiling versions, using the same hooks, or freestanding with self-supporting structure.

Many peculiarities for a unique shape and a wise use of materials. What was the objective and how did you achieve it?

The goal is to offer an extremely functional but friendly looking solution. The crooked elements, the roundness, the use of fabric that makes Trametes soft, like a sofa, are all details that give it a welcoming appearance at first glance.

It seems a novelty the use of fabric for Skema, can we consider it a corporate evolution?

In truth it is not a revolution, but the natural consequence of Skema's evolutionary process. The use of fabric fits perfectly into Skema's technological development process, which is increasingly a container of solutions. The material is used in the service of living wellbeing and becomes a means of obtaining the best results to meet specific interior design needs.

Trametes is the result of this process that makes Skema an increasingly attentive and competent interlocutor at the service of architecture and furnishing. 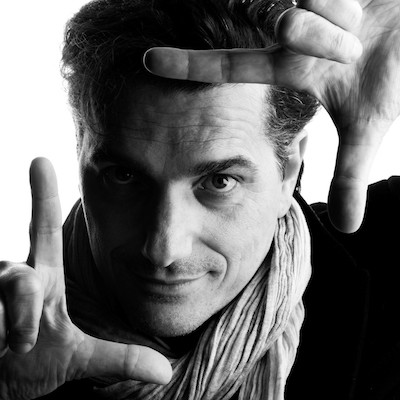 Co-founder of DriussoAssociati | Architects, based in Mestre Venezia, operates internationally in the fields of Brand Design, Architecture, Industrial Design, Retail Design and Interiors. Numerous are the collaborations with important companies and industrial groups for which, in addition to Art Direction for the coordination of the image, it designs products, showrooms, shops and new headquarters.
He has received numerous international awards and recognitions in the field of Design and Architecture, including the prestigious Good Design Award of the Chicago Athenaeum Museum of Architecture and Design, the Interior Innovation Award and the Design Preis Deutschland Award of the German Design Council.

29 July 2020 The new Outside Skema outdoor flooring for 2020 The Skema proposal to cover and furnish outdoors in 2020 is renewed with the introduction of the new PATIO division and the new PACTO collection. Details
6 July 2020 THE NEWS 2020 OF OXIMORO, HARDWOOD LINE SKEMA The Oximoro wood flooring programme is renewed and with it the Skema offer dedicated to the world of natural surfaces all collected in ORGANICA. Details
19 June 2020 Hardwood flooring in the bathroom? Go further, choose the new Hydro technology Choose Skema solutions that bring the style of parquet in the bathroom. Choose hydro-resistant laminates with Hydro technology and SPC hydro-repellent synthetic floors. Details
5 June 2020 Discover the new Skema Kit to sanitize and decontaminate surfaces Sanitise floors with the Skema product kit: Multilayer Cleaner, PuliSystem and SaniTotal Details
29 May 2020 The 2020 novelties of the Sintesy line Among new proposals and cutting-edge technological performance, the Sintesy line of rigid vinyl floorings in 2020 stands out for being one of the most flexible and innovative solutions on the market. Details
22 May 2020 Living 2020 is revolutionised and laminate floors become Hydro The 2020 edition that we are officially launching today, is characterized by a revolution in the proposals, introducing Hydro technology. Details
11 March 2020 Rooms with bathroom with Star.K in the B&B of Montepetra In the renovation of a charming B & B nestled in the green hills of Romagna, was chosen the rigid vinyl flooring Star.K, in the Valencia version, for the covering of all rooms with bathroom of the structure. Details
2 March 2020 The sea view hotel in Cagliari dressed by Lumbertech Engineered wood once again proves to be perfect for use in public buildings. Details